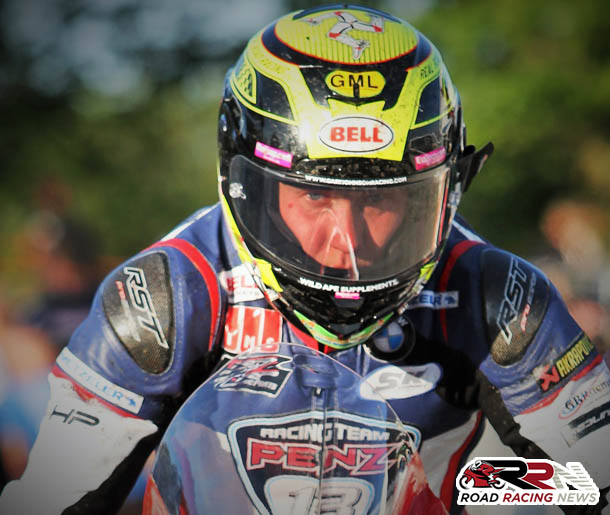 The S1000RR BMW that Gary will be piloting which carries backing from MGM and D2 Night Club, will feature a colour scheme, which relates to the special Olympics, pretty much similar to the machine which Michael Rutter competed on at Macau in 2015. 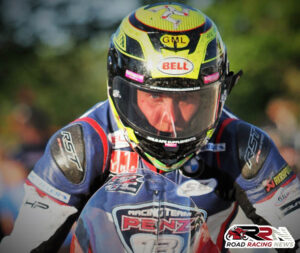 Most recently Gary, was in competition for the second time at the Frohburg Road Races. He went onto secure series of top five and top six finishes, his results made all the more impressive, given he was competing with a shoulder injury which was sustained in training.

Joining Gary in the Penz 13.com BMW team at Macau, is newcomer to the road race in the far east, Danny Webb. 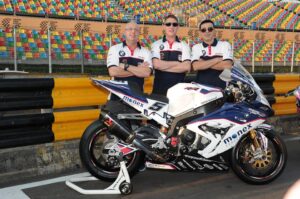 Commenting on the upcoming competition at Macau, the rider nicknamed “AKA Driver” said:

“The Penz team are hoping to give me quite a few upgrades from after Frohburg and hopefully we can be challenging for a podium.

This year looks like one of the hardest years with a lot of top quality riders on top quality superbikes and with an abundance of miles under their belt this year.”

An additional exciting aspect for his 2016 Macau GP campaign, revolves around linking up with Fly 360 camera’s, with one of the unique camera’s been placed inside his helmet, same as at TT 2016.

Gary is also planning on doing some live feeds online from Macau, showcasing the unique spectacles of the iconic road race circuit, plus all the great machines in the paddock.

Amongst the anticipated front runners for this year’s Macau Grand Prix, Gary Johnson has the proven pace to be right near the sharp end of the field, at the final international road race of 2016.