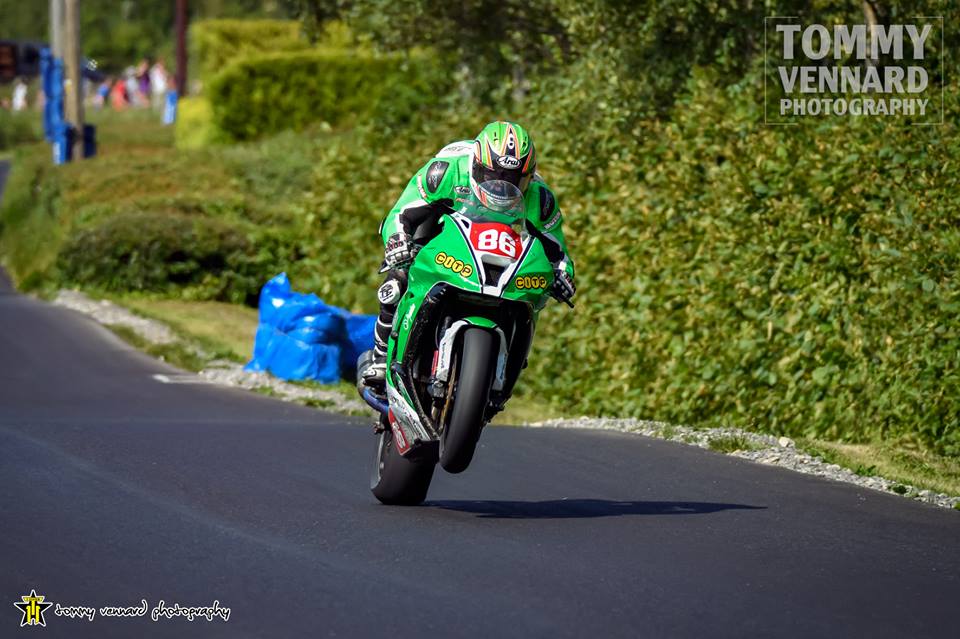 Capping off a truly memorable day at the first Enniskillen roads meet in 66 years, Derek McGee made it five wins from five starts, as he took the spoils in the inaugural Richard Britton Memorial feature race.

As in the Open Superbike race, Mullingar’s McGee made a lightning quick start, quickly moving five seconds clear at the completion of lap 1.

From here he kept up a strong, relentless, accomplished pace to ultimately emerge victorious by just over the 12 second mark. 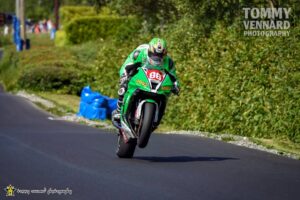 McAdoo Kawasaki’s Adam McLean once again finished runner up to the on top form McGee, as the Tobermore racer made it five successive second place finishes.

Banking the final spot on the feature race rostrum was Graham Kennedy who held off a tenacious challenge from Thomas Maxwell.