Dean Harrison is all set to spearhead Yamaha’s challenge at TT 2015 with Mar Train racing. The supremely talented rider has in 2014 proved to many why he is considered a road racing superstar in the making.

Amongst the highlights for Deano in 2014 have included Barry Sheene trophy victory and cock of the north road races feature victory around Oliver’s Mount plus second place finish in a pulsating Ulster Grand Prix superstock race. 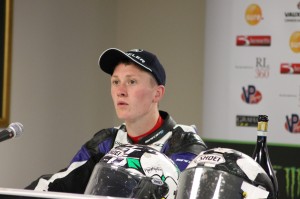 But the main high points of 2014 have happened in the Isle of Man. Maiden TT victory was recorded following a tremendous all round performance in lightweight TT on RC Express racing ER6 Kawasaki. Alongside first TT win second position was achieved in Royal London 360 superstock TT plus first 130 mph lap in opening lap of the Pokerstars senior TT.

This years Southern 100 was arguably the best road racing meeting Dean has had to date. Five wins in a week including modern senior and two hugely competitive supersport races on Mar Train racing R6 Yamaha where backed up with second position in Southern 100 solo championship where the 2013 Duke road race rankings runner up set a new outright lap record around Billown. 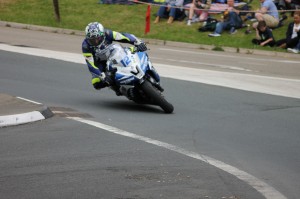 Mar Train racing thoroughly enjoyed competing at the Isle of Man TT for the second time this year with Dean Harrison as the rider from Bradford secured back to back fourth place finishes in Monster Energy supersport TT races. 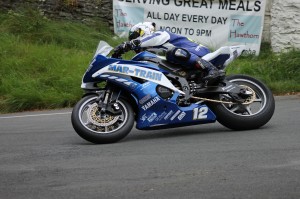 Going into TT 2015 the team have secured Yamaha UK backing and are confident of recording standout results on the mountain course whilst for 2014 lightweight TT winner Dean he’s aiming to be mixing it at the front across all classes and in particular in the blue riband senior TT.