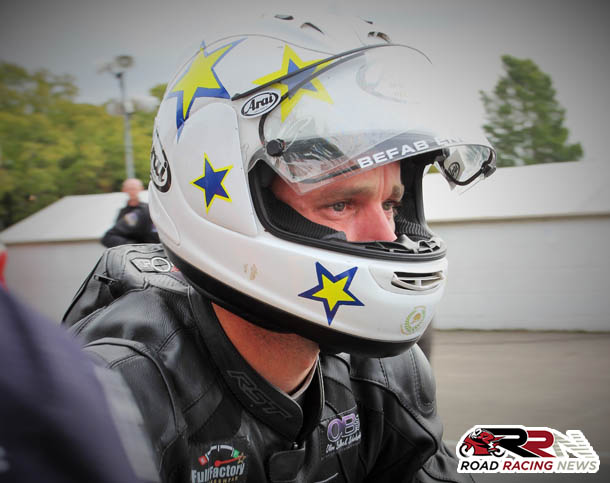 It’s case of hammer time for the Martin Bullock Manxsport team, as David Lumsden nicknamed “The Hammer” completes the Isle of Man based team’s rider line up, for the 2017 Manx Grand Prix.

The Skerries based rider, enjoyed a momentous time with Martin Bullock’s outfit, at last years Manx.

Sixth place in the Junior race, was backed up a tremendous second place finish in the Super Twins race, as David recorded a new personal best result around the Mountain Course.

He ended an extremely fruitful race week, with tenth in the blue riband Senior race. 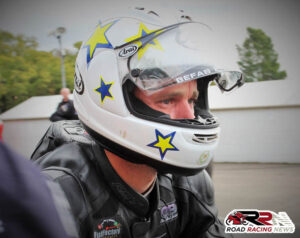 Entering his eighth Manx GP campaign, his mounts for this years meeting are a CBR 600 Honda and the same ER6 Kawasaki, that he enjoyed great success with in 2016.

Alongside action on the world famous Manx roads, his 2017 roads season also sees him return to the Post TT Races at Billown, plus take in selected Irish national meetings.

Title sponsors of the Martin Bullock Manxsport team, Full Factory Winners Wear, issued a statement on their Facebook page, which spoke of their delight at working again with David.

“It’s Hammertime again! Our 2017 Manx Grand Prix line-up is complete. Dave “The Hammer” Lumsden will ride 600 Honda and 650 Kawasaki again for us after a very successful 2016 Manx which included finishing runner up in the Super twins.

He will also ride at the post TT Billown meeting plus selected Irish Road Races. So expect more MC Hammer dances in the Manx Grand Prix paddock in August.”