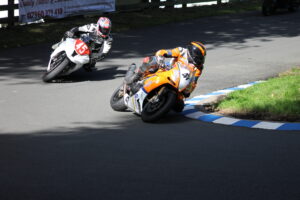 Dave Hewson is all set to compete at the Isle of Man TT next year. Dave this year at the Isle of Man TT achieved 30th, 34th, 34th, 28th and 33rd place finishes in the supersport, superstock, superbike and senior TT races. At this years Scarborough gold cup Dave recorded a superb top 5 finish in the feature Steve Henshaw international gold cup race.

Dave is returning to Oliver’s Mount next year and is also competing at the Ulster grand prix and potentially at the Cookstown 100 and Tandragee 100. For the Isle of Man TT in 2014 Dave is competing on the same RSV4 Aprilla that he competed on this year and is confident of achieving top results. Dave who lapped this year at the TT quicker than he’s ever being on a 600 is a rider who gets better and better at the Isle of Man TT.