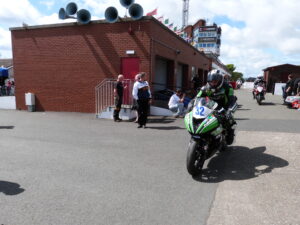 Dan Hegarty has joined ILR Kawasaki to compete in the superstock race at this years Isle of Man TT. Dan who made his TT debut back in 2011 has being gradually getting faster and faster and has being a top 20 finisher in the opening supersport TT race back in 2012. ILR Kawasaki run by 10 time TT winner Ian Lougher are greatly looking forward to running Dan at TT 2014.

For the rider nicknamed Hego its a brilliant opportunity to work alongside Ian. Dan has being going to Oliver’s Mount mount for many years and has always enjoyed watching Ian Lougher in action around the mount so for him to be working with a road racing legend such as Ian its a dream come true.