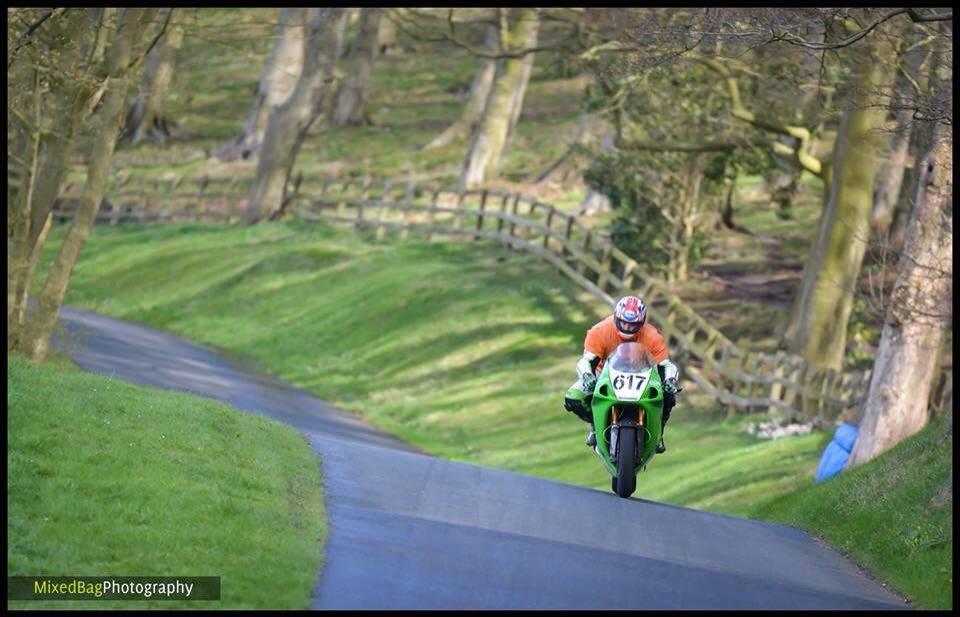 He battled throughout for top ten positions in both the Lightweight class on The OHM Racing CS Motor Oils Backed ZXR 400 Kawasaki and Classic F1 on his Team 6T9/Continental Tyres UK Backed ZX7R Kawasaki.

Going into the weekend Neither Craig or Dan Moss (OHM Racing Team principle) had ridden the OHM ZXR 400 Kawasaki, so Craig elected to do the speed controlled newcomers laps on that machine around the mount.

Craig struggled to get heat into the rear tyre and then the rain came, leaving Craig just outside the top ten but comfortably Qualifying for both lightweight and Classic F1 classes, a great achievement for him, especially on the lightweight class ZXR 400 Kawasaki. 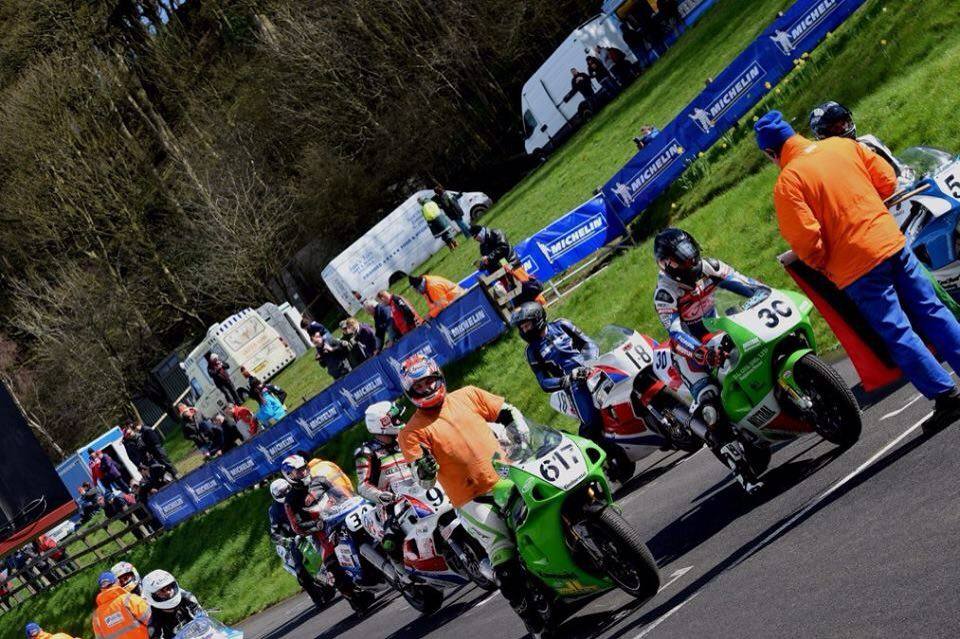 In the opening classic F1 race Craig was competing for eighth place when his radiator was holed and he unfortunately had to pull off at the start of the final lap, whilst the Saturday Lightweight race was unfortunately stopped after three laps due to an incident on track.

Sunday brought mixed but improved conditions, and Craig again showed good pace in the morning warm up sessions, well inside the top ten.

The morning brought the first full Lightweight race, after battling for tenth, Craig made a mistake coming out the Esses, he went onto finish a highly creditable thirteenth.

Commenting his Oliver’s Mount debut, Craig first of all paid tribute to the late but great Billy Redmayne.

“Foremost to my own feelings, id like to pass on my thoughts to the Family, Friends & team of Billy Redmayne, he was a very talented lad and someone for newcomers to look up to.

My own experience has been utterly amazing, I never thought I would even qualify on the little 400 given the amount of entries, however I felt comfortable fairly quickly and used every opportunity behind the experienced lads to pick up lines and all important braking markers.

Obviously it was a massive shame to hole the radiator on the ZX7R in the first, and what turned out to be the only Classic F1 race, and I have to extend my thanks to Gary Thompson and the Auto 66 Marshals for being so eagle eyed and getting me off the track when I was leaking water.

Apart from that both bikes ran faultlessly which is a testament to the work that has gone in over the winter by myself and my Crew Chief Dan Moss.

I will certainly be back for the rest of the events at Oliver’s Mount this season, and hopefully with an even wider range of machinery.