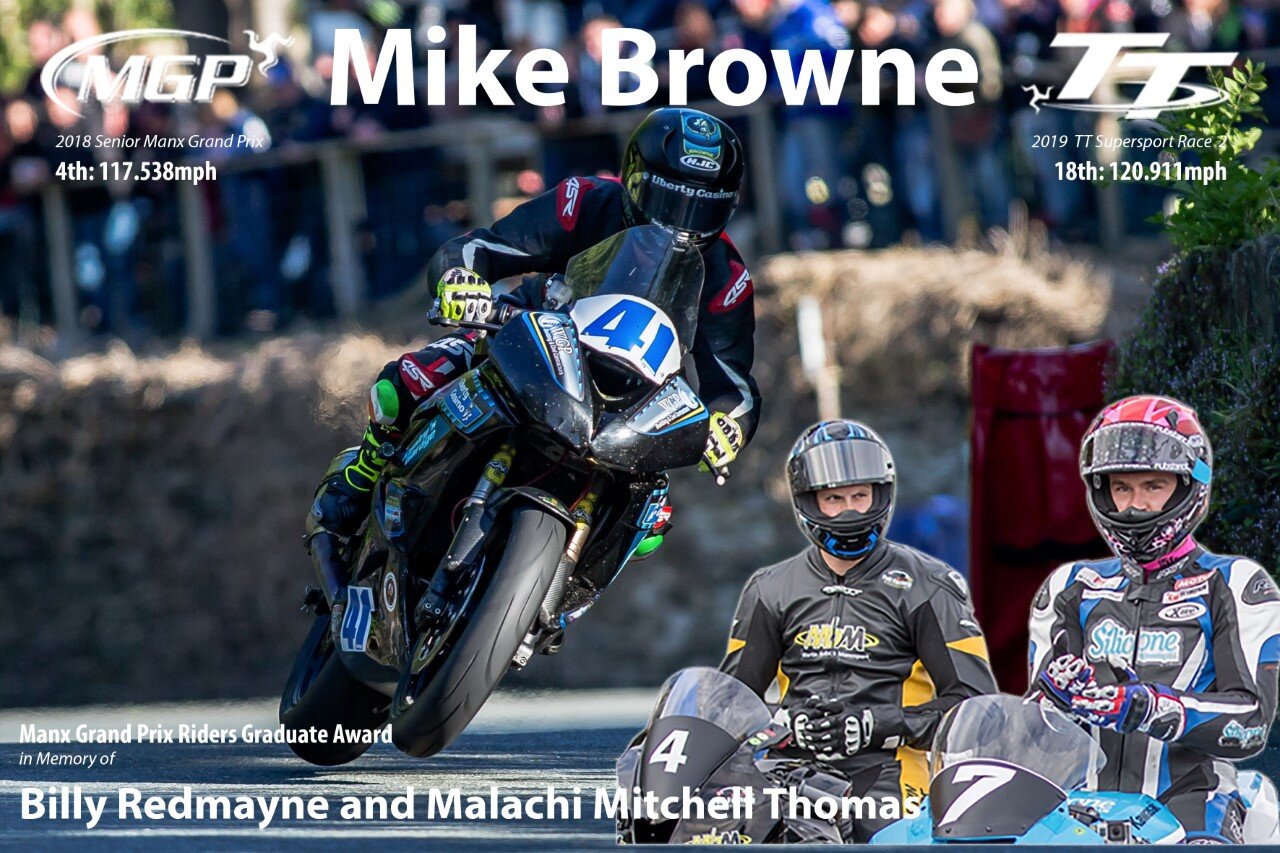 The award which was first launched in 2017 in memory of Manx GP legends Billy Redmayne and Malachi Mitchell Thomas, is given to the racer who has made the most tumultuous adaptation from Manx GP competition to TT Races affiliated competition in the following year. 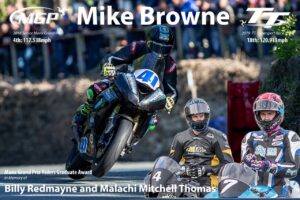 Extracting the maximum out of his own teams ZX6R Kawasaki, securing two top 20 finishes, he outpaced the likes of European roads stars Xavier Denis and Michal Dokoupil, seasoned TT campaigners such as Phil Crowe, Rob Hodson, plus wasn’t too far off the pace of a certain John McGuinness!

Ending TT 2019 with a best lap speed of 121.452 mph, he firmly illustrated as to why various road racing aficionados regard as one to watch in future years around the fabled, mythical Mountain Course.

Amongst those aiming to follow in Browne’s footsteps in making an accomplished, proficient Manx GP to TT step up next year include reigning Junior/Senior class Champion Nathan Harrison and twice Senior class runner-up Stephen Parsons.

Both Harrison and Parsons, established like this year’s Manx GP Graduate Award winner Browne, are prime examples of the role the Manx GP plays in bringing through the TT stars of tomorrow.

Speaking of this topic, it’s worth mentioning just some of the names to have began their Mountain Course careers at the Manx.