Andrew Dudgeon is confident of recording series of victories at the 2016 Manx Grand Prix.

The 2012 newcomers B race winner, is all set to compete for Slick Performance Racing. 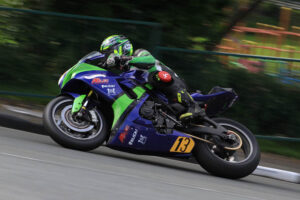 Next up was the super twins race, piloting Slick Performance Racing SV650 Suzuki, he finished a great second, showcasing once again his proven talent around the most famous road racing circuit in the world.

He finished in third place, along the way lapping at a new personal best lap speed of 118.746 mph. 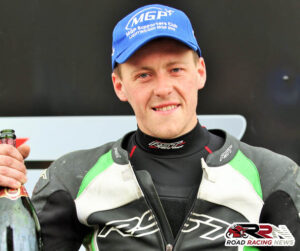 Alongside the Manx, this year has also seen Andrew show top class pace, at the Southern 100. 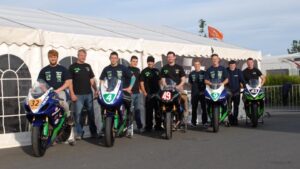 Looking to 2016, Andy is joined in the Slick Performance Racing team by Derran Slous for competition at the Southern 100 and Manx Grand Prix.

Andrew’s main aims for 2016 are to be in firm contention for junior, super twin and senior Manx GP victories, alongside lapping for the first time in the 120 mph bracket.

Amongst the Isle of Man’s fastest rising stars on the roads, he has the proven pace to record many a star quality result next year.

Don’t be surprised to see Andrew in my opinion record a hat trick of wins at the 2016 Manx Grand Prix.