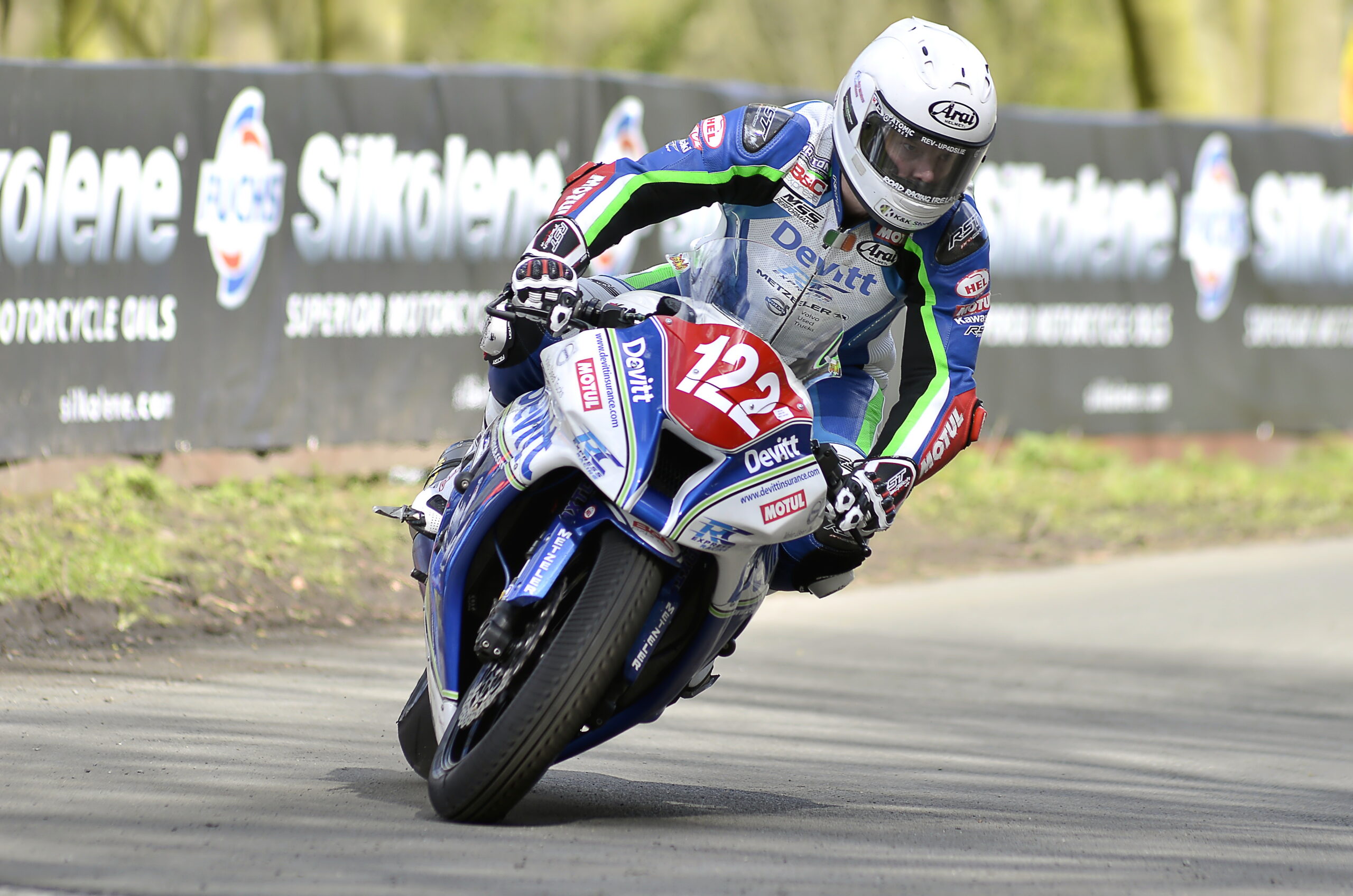 Opening senior race of the two day meeting, saw him finish a highly creditable seventh, as he enjoyed a consistent start to his season, with his new team Devitt RC Express Racing. 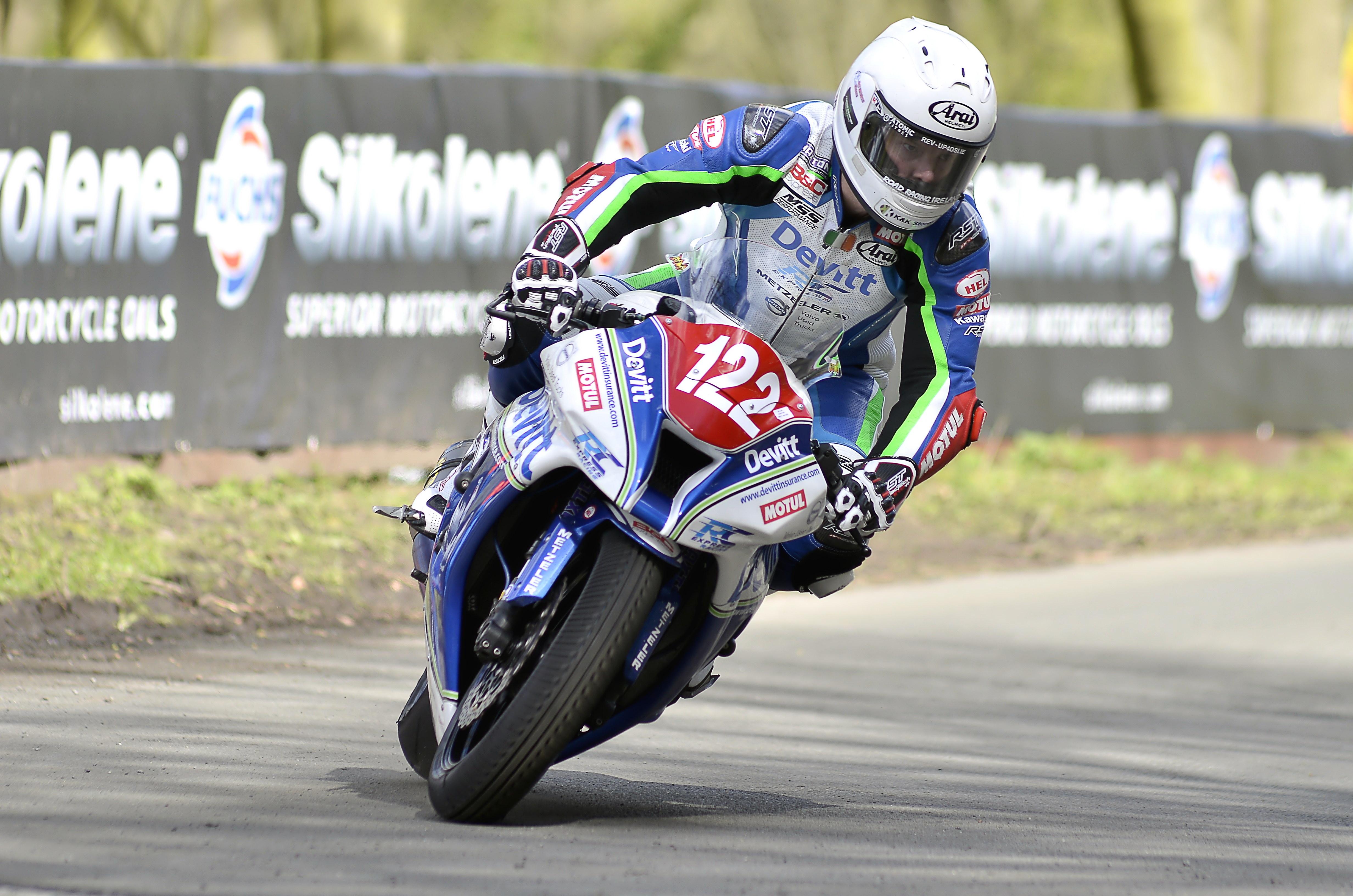 Alan who finished sixth, showcased why many believe it won’t be long, before he is challenging many of the established leading lights around Oliver’s Mount. 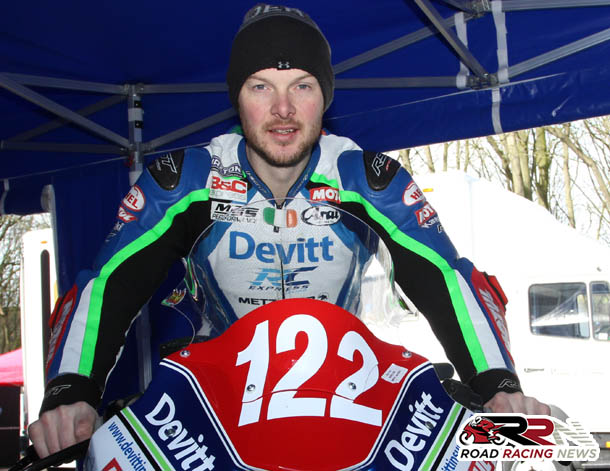 Commenting on his season opener, at the Spring Cup National Road Races, he said:

“I only got a handful of laps in on my debut last year so the track’s really new to me and the conditions were a shame for everyone this weekend.

With the weather on Saturday being so poor, I qualified down the field which made it hard coming through the pack but we made progress in many areas this weekend and I feel really comfortable on the Superstock bike.

It was very slippery out there so you couldn’t be aggressive but to take sixth and seventh is very pleasing given where I started.

It was good to get back into the flow of racing and I’m really looking forward to the North West 200 now.”

Holding the number 22 plate for the superbike, superstock and senior races at TT 2016, Alan is confident of challenging for world class results a plenty this year, around not only around the Mountain Course but also the Triangle and Dundrod.