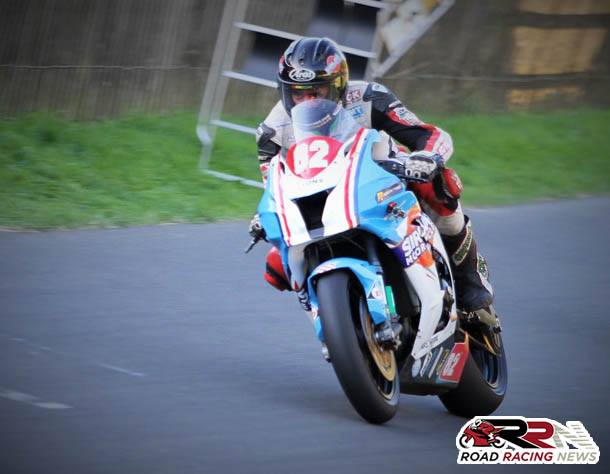 Competing on his own teams Shirlaws Motorcycles backed ZX10R Kawasaki, Derek competing for the first time at the mount since the 2012 Spring Cup meeting, was quickly on the pace in qualifying.

The opening Solo open A race, saw him start from fourth on the grid, making an accomplished start he moved into third place at the end of the opening lap.

From here he kept up a strong pace, to finish third, he was a non starter for the opening Senior race, so the next action on the horizon for Derek, was in the second Solo open A encounter.

Leading on the opening laps, Dean Harrison moved in front of him for race lead on lap three, he went onto finish an excellent second, holding off firm challenges from TT Privateers champion Dan Hegarty and 13 times TT winner Michael Dunlop.

Disappointment would follow in the Steve Henshaw International Gold Cup, with him been forced into retirement, following the warm up lap for the feature race of the meeting. 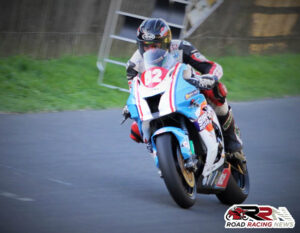 Although there was no challenge for the Gold Cup, his return to Oliver’s Mount ended in top style, with another second place finish, this time in the second Senior race, as Derek impressed many at Scarborough.

His results at the mount, are the latest top draw achievements on the roads in 2016, in what has been arguably his strongest pure road racing campaign to date. 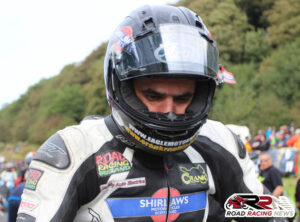 Looking to the future, in my opinion he’s more than capable of recording international road race podium finishes in 2017.